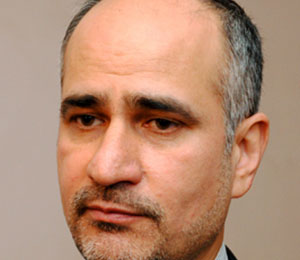 Georgian-Iranian relations, prospects of economic cooperation and investments of Iran in Georgia, role of Iran in the region. These and other issues are narrated by the Ambassador of the Islamic Republic of Iran to Georgia Majid Samadzadeh Saber in scopes of an exclusive interview given to newcaucasus.com.

— For the last time inflow of citizens of Iran in Georgia is observed. How do you think what is a reason?

For the last years our main achievement was cancellation of visa regime between Georgia and Iran that, accordingly, caused a rise in indicators of tourism. During the last year, number of tourists from Iran to foreign countries reached 17 mln. persons. From this huge number only 90 thousands travelled to Georgia. However, if we compare these indicators with the data of the previous year, here a serious rise in inflow of tourists from Iran to Georgia, — approximately 30-40%, is observed. But, as for me, I am not happy with this figure as there are large possibilities for increasing of the population of Iranian tourists to Georgia.

Visa regime was cancelled approximately two years ago, and Georgia is a new country for Iranian tourists. Majority of Iranians know nothing about Georgia, but if they know – very little and this is a new direction for them. From the point of view of climatic conditions of Georgia, it isn’t new for Iran as the nature of the Northern Iran on the Caspian coast is similar to Georgian one. But, as Iranians like to visit new places, Georgia is very attractive for them. For hosting tourists nowadays Georgia has the best situation.

The largest number of tourists from Iran visits Tbilisi and Batumi, followed by Kakheti Region which is also popular. Iranian tourists are interested in sightseeing of historical monuments and natural places of interest.

Number of citizens of Georgia visiting Iran has already been increased by several times. But this, of course, isn’t in any compliance with a number of Iranian tourists arriving in Georgia. Iranian party has no a special program for attraction of tourists from Georgia. There is a general program for development of tourism existing for all countries. Several free touristic zones are established in Iran, for example Kish Island in the Persian Gulf. Nature of the island is extremely beautiful and various, the island is completely focused on foreign tourists. In addition, it is remarkable that foreign tourists desiring to visit Iran receive visa directly on the boarder or in the airport. Tourists from Georgia are released from this necessity.

For the last period healing tourism has been developing with quick rates. In Iran, medicine is on a very high level; new technologies are developed and implemented. Cost of service is much cheaper than in other countries of the region, even in developed. Today, citizens of many countries from neighborly regions more prefer to arrive in Iran for treatment than in expensive clinics of Europe. This direction has been developing with high speed. Besides, Iran maintains an insurance policy designed for tourists the cost of which makes up 6 dollars and which covers all expenditures on medical service up to 30 000 USD dollars.

— Iranian capital is flowing into the economics of countries of the Southern Caucasus more and more. Does it mean that Teheran is interested in intensification of its influence on the countries of the region?

Iran is a neighborly country for Azerbaijan and Armenia as well as for Georgia which is situated very close to it according to its geographical location. There is no talk about any influence as we are neighborly states. Thus, this is a natural process of the economic cooperation. We desire to implement the projects which will be mutually profitable for both parties. South Caucasian countries and Iran may supplement each other in definite economic issues; for example, in direction of the development of turnover. As for relations with Georgian party, here Georgia has a specific situation with Iran. This is cooperation in the spheres of agriculture, trade, development of tourism and power engineering.

Simultaneously, Iran is one of the largest manufacturers of the energy power in the region and the largest importer of energy. Iran has a system of exchange of electrical energy with all its neighborly countries, and in case of deficiency, mutual delivery of electric energy is provided. Nowadays, the general energy system with Iran consists of Azerbaijan, Armenia, Turkey, Iraq, Afghanistan, Pakistan and Turkmenistan. Now, we are working to include Georgia in the general energy system as well. I can say that Georgia will receive more benefits from this collaboration than Iran.

For instance, last week a mega project between Iran, Pakistan and India was launched, mainly installation of the gas pipeline providing Pakistan and India with gas. We deliver gas in Turkey, and from Turkey fuel will be transported to Europe. The largest gas processing plant is situated in Iran. The largest gas field is also situated in Iran. There are no processing enterprises and fields in Georgia that, as a rule, leads to problems with gas. Thus, we proposed implementation of the project of manufacturing of liquefied gas to Georgia in case if Georgian private sector is ready to participate in it with the Iranian party. In future providing of the internal demand at the Georgian market is scheduled. As Georgia doesn’t have its own oil and gas in the sufficient volume, from the economic point of view, construction of large processing plants isn’t profitable, raw material is mainly imported. Condensate is delivered by sea and after its processing such products as petrol, diesel fuel, aviation fuel, kerosene and liquefied   natural gas for automobiles are produced. It means that we are able to receive five products, this is absolutely new technology. If we receive consent from the Georgian part, we will select the best Iranian company for implementation of the project.

Georgia produces less power than Iran. You may remember the year of 2006 when there were serious problems concerning to delivery of gas to Georgia, what was happening that time. Fortunately, gas pipelines via other countries exist and Iran quickly delivered gas to Georgia. And if Georgia joins to the energy system of Iran, in case of repeating of such crisis, it will be provided with power supply. Iran produces all kinds of electric power from all possible sources – hydro-electric plants, thermal, wind stations, solar batteries, and bio energy. In case of accident, many alternative sources exist.

— In which spheres of economics collaboration between Georgian and Iran is more active and wide-scaled? Are there any serious mutual Iranian-Georgian economic projects? If are, name them please.

Population of Iran counts 75 mln., this is a large market. Iran is the largest importer of bread-stuff, forage for cattle-breeding and poultry keeping, as well as maize and meat. This raw material is imported from countries of Latin America by Iran. Georgia is near and if these sectors have been developing, Iran will buy this products on place that will assist to Georgia for itself.

In April of the last year, the Minister of Agriculture of Iran Sadek Khalilian arrived in Georgia. It was a very important visit. He conducted not only official meeting but visited some regions as well to get acquainted with situation in agriculture on place. I can say that Iranian businessmen didn’t pay much attention on Georgia two-three years ago from the point of view of investing of funds. But during the last two years situation has been changed. Interest from Iranian businessmen has appeared. However, many aspects depend upon Georgian party, — how it maintains possibilities for attraction of Iranian investments. I would like to underline sheep breeding. Iranians invested serious funds in this sector in Georgia. In addition they invested funds into manufacturing of meat and cheese to export these products in Iran. Now, this project is being at the stage of completion. Another one direction – hothouse plants constructed by Iranian investors in some regions of Georgia.

New government of Georgia initiated supply of special plants in Georgia for manufacturing of dried fruits and packaging materials. These initiatives have been received within the last two-three weeks. Different Iranian companies have already arrived in Georgia and are discussing these issues. As for priorities of investments, the first place is occupied by agriculture, followed by tourism, trade and power engineering.

— Does the sanctions imposed on Iran by the West impede economic interests of Teheran in the Southern Caucasus? Are there any restrictions from the government of Georgia?

Yes, nowadays sanctions are imposed against Iran. But I want to underline one interesting fact, — last year economic turnover between Iran and USA increased by 60%. Iran is a large country with large possibilities. Iranians adopted economic sanctions and found the ways to pass them around. More than two years ago USA imposed embargo on right of purchase of Iranian oil. In each six months they prolong veto for large European countries, but, in fact, this is almost invalid. 11 countries which are oil consumers are in a particular regime with USA. Georgia is a free country and has a right to establish relations with any countries of the world, including USA.

Restrictions and embargo imposed on Iran have just changed vector of economic relations. If before Iran had general trading-economic contacts with European countries, nowadays this vector changed to Asian countries (Southern-Eastern Asia). Today we import commodity in a volume demanded by us. Situation with embargo doesn’t have any effect directly on collaboration and relations with neighborly countries, including relations with Georgia. As for other countries of the region, for instance, Turkey, economic turnover between Iran and Turkey for the last year reached 16 billion USD dollars.

— Has tonality in relations of Tbilisi and Teheran been changed after changing of government in Georgia in October of the last year? Had new political realities any impact on economic relations?

I must say that Iran and Georgia had the friendliest relations with the later government as well as with current government. Iranian party had friendly relations with opposition of that time. That’s why, now, changes were occurred since winning of elections by the political movement “Georgian Dream”. Iran respects choice of Georgian people. We will cooperate with the new government. When I was appointed as an Ambassador to Georgia, I wanted to make relations between our countries independent upon changing of the government, to prevent any influence on friendship and collaboration between two countries.

— May Iran take a definite part in settlement of conflicts in Abkhazia and Southern Ossetia?

Iran has a sole position in relations with all ethnical conflicts existing in the region of Southern Caucasus. First of all, we consider that all conflicts should be settled between countries of the region without external interference. Secondly, Iran is categorically against separatist activities, in particular division and disintegration of Southern Caucasian countries, and completely supports territorial integrity of all states in internationally recognized borders. And, of course, we consider that conflicts should be settled in peaceful way. In case of participation of Iran as a mediatory in settlement of conflicts its position is peaceful settlement. If conflicting sides address to Iranian party for assistance in settlement, Iranian party will consider this issue in any case.

— There were many discussions that Georgia may become a special base for USA in case of conflict with Iran. Is such development of events possible, in opinion of official Teheran?

We don’t think that this will happen. Neither the previous and nor the current government of Georgian won’t agree with it. And, anyone who is familiar with military strategy and safety issues is acknowledged that Georgia has no extraordinary location from were activities against Iran may be conducted. There is no necessity to use this territory. New Government warranted to the Iranian side that Georgia will never be used against Iran. 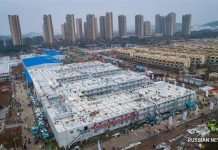 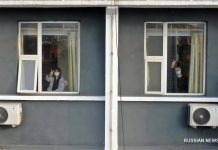 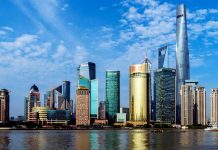