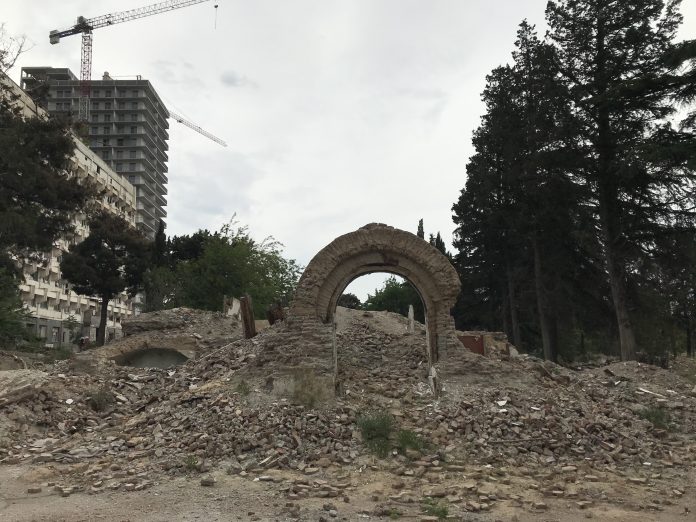 What creates the social community is the collective memory. The historic facts, buildings, art, books that represent the politics and mood of the society in time. For knowing the past, therefore studying our beings it is crucial to always re-think about the ways of preserving the guardians of the past. 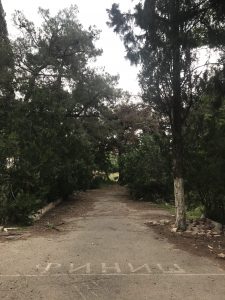 Georgia re-gained the independence in 1991, so the socialist structures started to become secondary interests compared to a new and “exciting” capitalism. It is hard to discuss the battle of socialism and capitalism in this short text but we present to you a clear example of the battlefield of these two structures with the example of the Tsarist military hospital for the whole South Caucasus. The hospital complex was built more than a century ago in Isani, one of the districts of Tbilisi.

The buildings passed many conflicts, first and second world war, cold war, all civil walls and unrest but in late 2010s it finally gave up to the new reality. 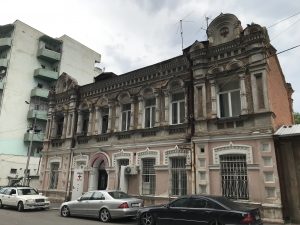 The new capitalism in Georgia chose the new apartment blocks in the historic area over the keeping the memory in the shape.

“I know the place”, a friend of mine, Dato, came to me whispering in my ears while playing cards outside together with other kids.

“The most magical place you will ever see”, these words would not mean anything if not seeing the huge sparkles in his eyes. 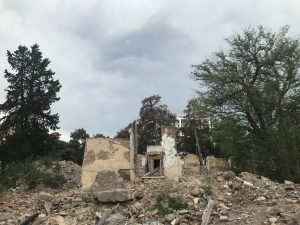 The late spring is beautiful and when it happens in childhood it doubles the excitement for a new life. I was born in the last year of Soviet Georgia and then the cruel 90s happened. War, revolutions, hunger and social injustice became the casual daily life. But all of these meant nothing to us having the secret spring paradise right in the corner.

So, there was a plan. The place was like an impregnable fortress. It was a huge white wall the size of Titanic. This ship was the only enormous modern object we could understand back then as the main sublime, huge and impossible to break. What kind of 90s Tbilisian kids we would be if we could not find the way out from any situation. We almost had the whole map of the “titanic” in Isani district just around our house. The whole area was blocked with the white walls; it had only two entrances, One- the main and other for the workers. It was very tricky to sneak in from the main entrance as there was an old man sitting in a small cabin 24/7. Even though he was mostly drunk or starting the day with vodka in his hands, he was still famous for doing his job very well, meaning not letting uninvited guests behind the walls. And yes, we were always pretty much in this list of unwanted visitors. 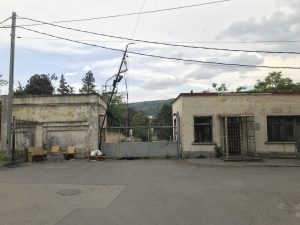 So there was a plan to make a plan.

Dato, a few other “gang” members and I went in front of the iron door of the entrance and waited until it would magically open by itself. It took us only 30 minutes and the big heavy sound started to open the gate. We were standing in front of it with wide eyes and frozen bodies watching the evergreen heavenly garden behind the walls. The opportunity of just running inside hoping the guard to ignore us was dismissed by the storm of dust approaching us. There was an ambulance running and entering the gate. It disappeared in the horizon and the iron door slowly rolled back to block our chance of breaking the ice.

So, there was a plan to make a plan B. 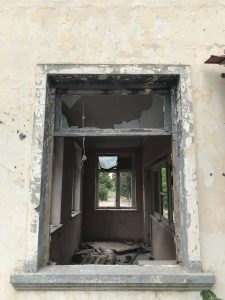 We went all around the wall, but found no holes to use for entering the space. And we went to the back door. We waited there for a fairly long time. There was a consilium who would attract the attention from the guard and who would sneak in first. As I was as skinny a kid as almost invisible, the group gave me the honor to be the sneaky one.

I don’t remember much but The rest of the group managed to bring the guard outside and leave the door open. So there was the plan – the grand plan. I carefully went behind the door and ran. My shoes had a lot of holes but it did not stop me from running as fast as I could. My breath was the fastest I ever remember. It was both the feeling of victory and the fear of losing the success. I found the first bush and hid behind it. “Breathe slower, breathe quietly, don’t move”, the advice from the group was stuck in my head. It helped, I looked up and saw the prize: enormous green cherry-plums. And I was born again. I took my mum’s old bag from my pocket and collected the plums as much as I could. The bag got very heavy but it was nothing compared to the worry of now escaping the place being invisible again. I was always a lucky kid, so while going in the shade of bushes I accidentally found a crack in the wall. I went through it and jumped don’t in the street outside. That was the victory for that day and for the entire childhood. 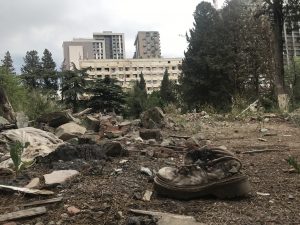 We already knew how to get in and cracks were not getting fixed but becoming bigger and more. The yard together with stunning buildings had not only cherry plums but also apricots, apples, cherries, nuts, grapes and all other varieties for the whole season of spring and summer.

Only after a few years of enjoying the forbidden paradise, I realised it was the military hospital built for the entire South Caucasus region in Tsar times. And after the break of Soviet Union it went under the rule of Russian military bases that were still kept in the democratic republic of Georgia.

Shortly after the rose revolution in 2003 Russian military officially started to leave the country and so the hospital buildings got emptier and emptier. 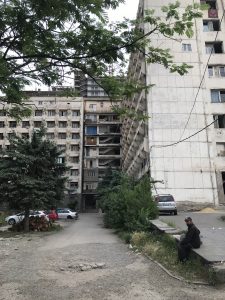 I visited the place again last week. The iron door was still closed. But it was also the only object standing steel as the sculpture and the last guardian of the past. All walls were gone, all buildings were demolished without even preserving the materials kept inside the rooms; the old positive films were flying from the ruins; I was standing inside the “titanic” thinking where were the cracks in this issue, what could we do and my heart started to beat the same way as I was there first time as a kid. “Breath slower, breathe quietly, don’t move”, I remembered the advice of the “gang”. The wind collected all the dust from the ruins and blew like a storm from behind. When I opened my eyes there was a giant faceless block of apartments in front of me, the new blank, totally empty page in the life of the neighborhood. 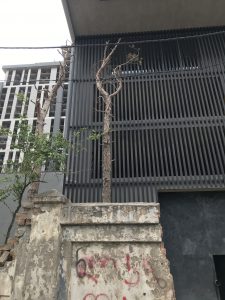 Summer is the most beautiful time of the year because of the one cherry-plum you will never ever forget.

Material is published/translated/prepared with the support of COBERM, the joint initiative of the European Union (EU) and United Nations Development Programme (UNDP). The contents of this publicationare the sole responsibility of the organization “Caucasus Principium” and can under nocircumstances be regarded as reflecting the position of either the EU or UNDP. 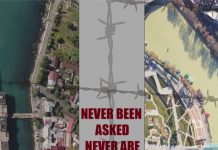 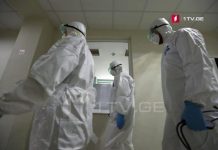 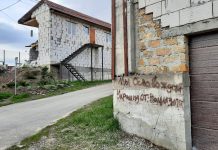 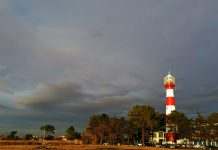 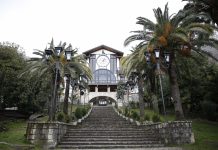 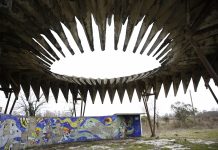 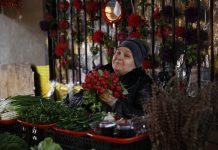 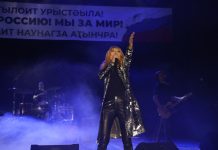 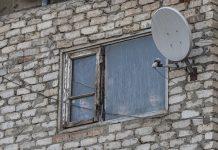 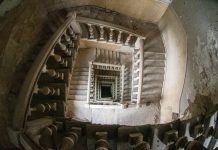